Mission: To Raise Awareness about Lyme Disease and other Tick-Borne Diseases in Minnesota

What Does That Really Mean? 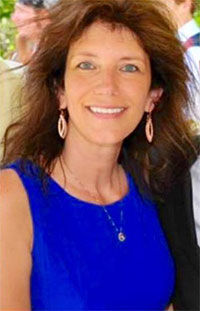 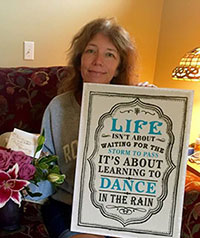 It means that we will be Making Noise, Raising Awareness, and Raising Funds through events, media, social media, and other avenues until every person in the state of Minnesota knows all of the important facts about ticks and tick-borne diseases. It is imperative that Minnesotans take steps to prevent contracting Lyme disease and will recognize the symptoms if they do contract it.

In June, 2015 Lyme Awareness Founder Holly Zelinsky started noticing her first symptoms. Pain in the bones and joints in her hands. On July 31, 2015 it hit her entire body. Every bone in her body hurt to the slightest touch. She was unable to work, drive a car, stand in the shower, or cut her own food. Added symptoms throughout her body included muscle spasms, skin conditions, inability to retain nutrients, burst blood vessels, loss of balance, memory loss, and many others too numerous to list. A very long story made as short as possible, after 13 months and 17 doctors (Mayo Clinic, U of MN, etc.) she was finally diagnosed with and began treatment for Lyme Disease, Bartonella, and Babesia in August, 2016.

Holly is NOT an avid outdoors woman. In fact she is quite the opposite. She does not go on long walks in the woods. The majority of her time outdoors consists of walking to the mailbox across her short Twin Cities suburb yard and sitting on her deck. She is not at a cabin every weekend from May to October. On the rare occasion she does visit a friend’s cabin, you can find her on a boat, inside the cabin, or on a deck or dock (not in the grass). Yet, she contracted this awful disease - proving the very true fact that - if she can get tick borne diseases – it can happen to anyone.

Holly is a wife, mom of four beautiful grown "kids", a grandma, and a busy business owner. The business she started in 2002 is in the event management industry and is primarily a speaker agency. She is certain that part of the reason this happened to her is because her business experience combined with her lifelong unrelenting sense of "if you have an idea, you should DO IT", Holly has the ability and passion to MAKE NOISE to raise much needed Awareness and Funds to fight Lyme Disease.

How Can You Help?

Make Noise
“Like” and “Follow” us on all Social Media. Comment, Share, Forward and Retweet our information so that all of your contacts get the valuable information they need in order to prevent tick borne diseases and will recognize the many various symptoms they may have if they are effected - so they can get treated as soon as possible.

Participate in our Events
Attend - and if you can’t attend physically, participate virtually. Visit this site frequently to learn about upcoming events so you can Save The Dates in your busy calendar!

Raise Funds
Until we become a 501c3, all of our fundraisers will be run through organizations who can give you receipts for your donations. These organizations will be focused on the same mission as we are – Raising Awareness and Funding Important Research toward reliable testing and successful treatments.

The most often way to contract Lyme is from the bite of a nymphal, or immature tick. Because they are the size of a poppy seed, nymphs are so tiny and their bite so painless that many people do not even realize they have been bitten. A tick can bite you and move on without imbedding itself in your skin. In fact, not every case of Lyme disease results in the often typical "bullseye" rash. 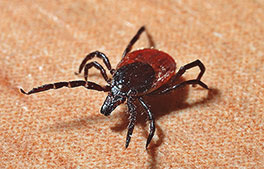 The CDC (Centers for Disease Control and Prevention) estimates that 300,000 people are diagnosed with Lyme disease each year in the US. 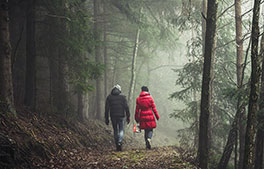 The real number of cases is much higher because 50% of negative test results are a false negative when standard tests are used. 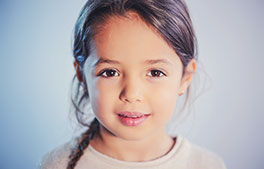 Lyme disease affects people of all ages and is found throughout the United States and in sixty other countries. 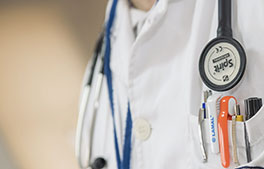 Because Lyme disease can often be difficult to diagnose, many people who actually have Lyme may be misdiagnosed with other conditions.